Inicio / Artículos / The hymen. Is it a symbol? 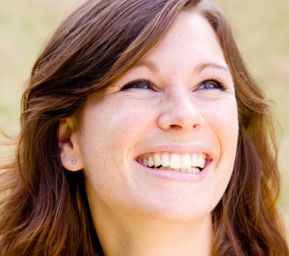 The hymen. Is it a symbol?

For Lidia, fountain of inspiration.

The hymen is quite of an unknown part of the female anatomy; numerous legends circulate and diffuse with a religious background that relates it as a symbol of purity. In some cultures, Christian, Islamic, Gypsy, Chinese, the hymen has been and is still the protagonist of morality; its integrity confers a state of purity. For other cultures, it’s not that important.
It is commonly accepted that the hymen remains unchanged throughout childhood and that it breaks and gets lost in the first sexual episode with vaginal penetration. It is not like this. The hymen is not lost in the first intercourse, it is still there, nor is there necessarily any guarantee that it will break or bleed. Nor is its integrity a reliable indicator of the absence of sexual intercourse, even a pregnancy with an intact hymen can occur and remain until birth.
But let’s start at the beginning, with the information necessary to rigorously define according to scientific studies the characteristics and functionality of the hymen. Currently, in medical terms, the hymen is called the vaginal crown. The hymen is an embryonic vestige that separates the lips from the vagina and lacks physiological function. Most women are born with a hymen, but in some cases, they can also be born without it. The structure of the hymen is poorly understood, even by many medical professionals. In a recent article published in the journal of Child Sexual Abuse, J Child Sex Abuse 2014, Parents and pediatricians showed huge knowledge gaps about the hymen.
The hymen or vaginal crown is a thin fibro-elastic hidden membrane, located one or two centimetres inside the internal cavity. The hymen does not cover the entrance of the vagina completely; it only partially covers the opening of the entrance. The size of the opening is variable, for as small as it may be, it allows the output of the menstrual flow. It has different sizes, shapes and strengths; it varies from one woman to another. The most typical are those with a central opening. Depending on the shape and location of the hole they are given different names, annular with a central hole; Semilunar, located at the top; Labial elongated midline, horseshoe shaped and starred, are among the most common types. There are also the imperforate hymen, the micro-perforate hymen and the septate hymen. The most extreme case is the one that lacks an orifice, the imperforate type, which occurs in 1% of births and requires minor surgery to open it at puberty to allow the normal flow of menstrual blood. The membrane is vascularized, depending on the number of blood vessels, it will reflect, more or less amount of bleeding on rupture or absence. 44% of women do not experience a blood loss in their first, vaginal penetration. A number of connective tissues and fibres gives it a greater or less flexibility and consequently dilatation. A very elastic hymen can allow the introduction of the penis incomplete erection without breaking.
There are variants of hymen that may be abnormally large and thick, hypertrophied, and inhibit sexual intercourse and require artificial opening through surgery. The hymen can break accidentally by a sudden blow, riding, gymnastics, and no longer regenerates. When the hymen is torn, generally creates some flaps called «myrtiformes carunculae or Hymenal carunculae».
A torn hymen does not constitute evidence to ensure that a woman has had sex with vaginal penetration. Recently, prominent forensic experts from 18 countries have published in the Journal of Forensic and Legal Medicine, J Forensic Piern Med 2015, examinations that are performed to witness virginity tests, are medically unreliable and have no clinical or scientific value.
Although premarital sexual taboos are currently challenged, the symbol of the intact hymen seems to be an undeniable value in the landscape of the 21st century. Statistics have shown that hymen reconstruction procedures have improved, and are becoming increasingly better.